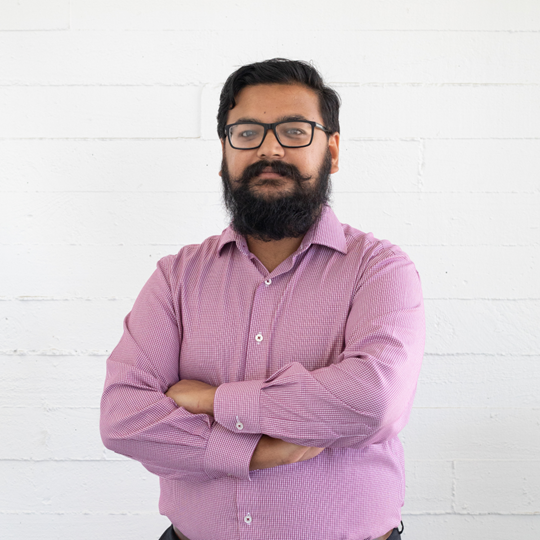 Absar is an internationally experienced Fire Engineer who has worked in Europe (Belgium & The Netherlands) and New Zealand.  He is the Crossfire expert on the design and optimisation of smoke control systems for underground structures.

Using his extensive experience in performance-based fire engineering design and fire modelling, Absar specialises in computational fluid dynamics alongside egress modelling.  This has been put into practice in diverse buildings including sports facilities at Bruce Pulman Park where the indoor courts and associated conference rooms together hold over 6,000 visitors.  He has also worked as lead fire engineer on commercial buildings, residential developments, shopping centres, warehousing and underground railway stations.  His advice has been sought out for redevelopments where additional floors are added to existing structures under change of use situations.

Of particular note is the work Absar did on a large retirement village during which he determined the heat transfer and temperature of the unprotected steel beam above the non-fire stopped Gib ceiling using the Hera Radiation Barrier method to mitigate the cost for intumescent coating.

Absar holds a BE in Mechanical Engineering and an international Masters in Fire Safety Engineering, a joint degree from the University of Ghent, Belgium, LTH Sweden & Edinburgh University which was awarded with Distinction in 2013.  He is a Member of Engineering New Zealand.

Absar is a keen hobbyist/amateur photographer and was among 10 photographers selected after a competition by Panuku Auckland to have his work displayed at Queen’s Wharf during summer 2017-2018. He loves to travel with his family and has traveled to over 20 countries and 100+ cities.