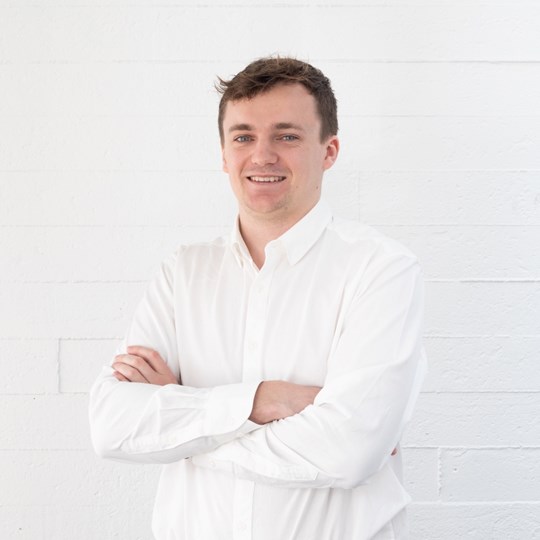 Ben knew from his first year’s study that he wanted to be a fire engineer.  His solid grounding in mechanical engineering at Auckland University led quickly to the Canterbury University Masters of Engineering studies course which he began while still in his third year undergraduate studies.  He completed the Masters in Fire Engineering course in 2021.

An intern Fire Engineer position in 2017 at Norman, Disney and Young was translated into part-time and later a full time job.  Ben joined Crossfire in April 2020.

Ben’s extensive technical skills have been applied to diverse property types from tower fit-outs to residential apartments, and from schools to offices.  He has worked on projects in new builds and refurbishments gaining familiarity with industry software.

Ben enjoys both sport and music as hobbies.  He represented New Zealand at lacrosse and formerly played cello in the Philharmonic Society Orchestra.  He continues to play soccer for fitness, co-ordination and what he calls “discipline”.